FAW Jiefang: Overseas Sales to Account for 10% of Total Sales by 2025

CHINA, November, 26 /chinatrucks.com/ -- On November 2, FAW Jiefang said in an investor relations event that the company has developed a complete and clear overseas strategy at the beginning of last year, targeting to increase overseas sales to about 10% of its total sales by 2025. This year and the coming year is expected to see a significant growth in overseas sales. 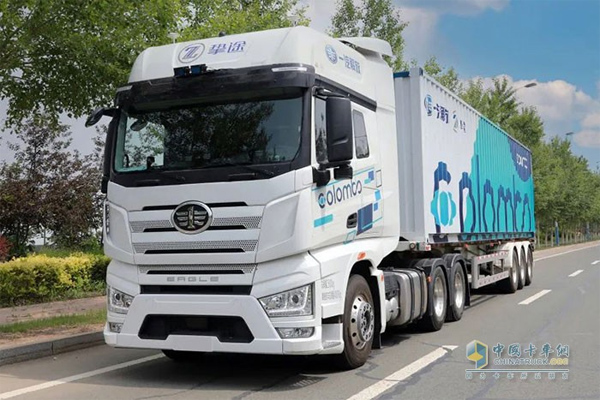 Generally speaking, there are three common types of overseas markets: 1. general trade markets such as Asia, Africa and Latin America 2. market with limited entry threshold such as India, Brazil, Indonesia and other markets with high levels of localization. 3. developed markets with high entry threshold including Europe, the United States, Japan and South Korea. The third one is the largest in size. However, to access to the European and American Market, it depens not only on general trade and construction of plants, but also requires some capital investments.

FAW Jiefang predicted that medium-and-heavy-duty truck market size is projected to reach 1.2 million vehicles in the coming 4 to 5 years. With the double carbon strategy, technological innovation policy adopted, China’s commercial vehicle will shift directions toward a phrase of high-quality development. New energy sector, in particular, will be a new growth point with potential demand to increase at 40% year on year during the fourth five-year plan. It is reported that in FAW Jiefang's new '15333' NEV strategy, by 2025, its new energy vehicles sales will reach 100 thousand units and will account for over 20% of total vehicle sales.

Furthermore, FAW Jiefang also actively lay out light-duty urban logistics vehicle, medium-duty sanitation vehicle, city bus, fuel cell dumper and tractor head that run on hydrogen fuel cell, with the tractor head, sanitation vehicle and bus segments already going on trial sale. A hydrogen power R&D laboratory has been set up in Changchun and a strategic partnership with Foshan Xianhu Laboratory has been established for the development of some key fuel cell technologies. In the future, Its Foshan plant will be put into operation for automated guided production of fuel cells.