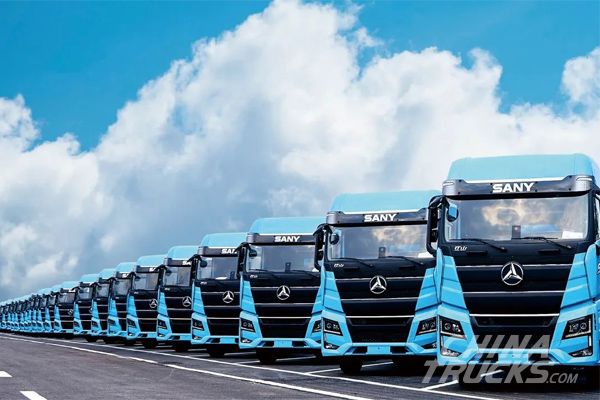 This is the second time that SANY New Energy heavy trucks have moved up to the first place following August and September. 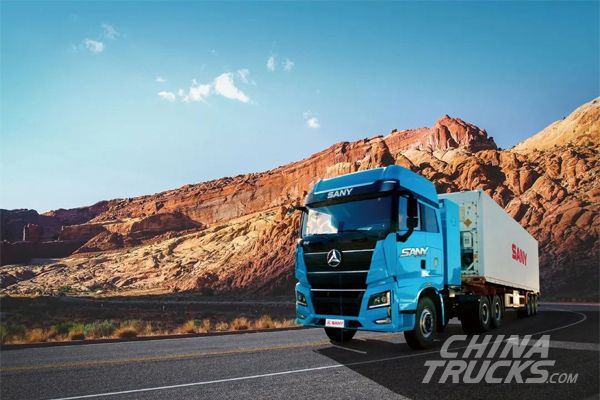 Data released by SANY shows that in November, it ranked first in new energy heavy trucks with 413 units sold, 73 units more than the second place. From January to November, SANY continued to lead the industry growth with a cumulative sales of 3,481 NEV heavy trucks. 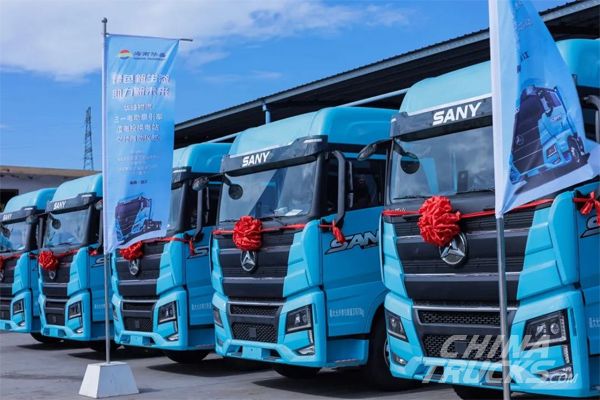 Jiangshan EV550, as one of the most popular models, has been widely used in major steel, mine and port application scenarios in over 47 cities across China, including Tangshan, Handan, Tianjin, Xuzhou, Anyang, Urumqi, Hami, Ordos, Ezhou, Loudi, Rizhao, Ningxia, Changjiang, Baiyin.

Back in November, SANY announced that it had signed a purchase agreement with Hainanhuasheng, under which Hainanhuasheng placed an order for 600 electric tractors and 200 electric mixers. At present, the first 50 Jiangshan EV550s have been handed over to customer for carrying out cement and gravel transportation. 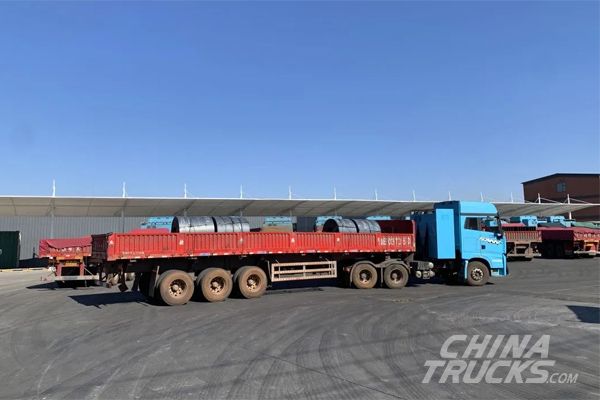 The electric version of the JIANGSU EV550 features strong power, high level of intelligence and low electricity consumption per 100 km. In addition, its various indicators, including smoothness of gear shifts, intelligence and energy consumption have always been at the leading level in the industry.

Having undergone extreme environment testing, Jiangshan EV550 can easily adapt to the extreme cold in Xinjiang and the extreme heat in Hainan.

In the future, SANY will provide green transport capacity for more users and create more economic and social benefits for enterprises with reliable products and premium services.