www.chinatrucks.com: Recently, QTc light truck produced by CHMC was listed on MIIT website. The light truck is a version of the same appearance as the imported one, featuring Cummins ISF 2.8S 5129T engine, delivering a max power of 129hp and the highest speed of 110kmh. ABS is included in the current standard configuration on CHMC OTc while air deflector and fog lamp are available for the option configuration. The new light truck will be launched in this June. 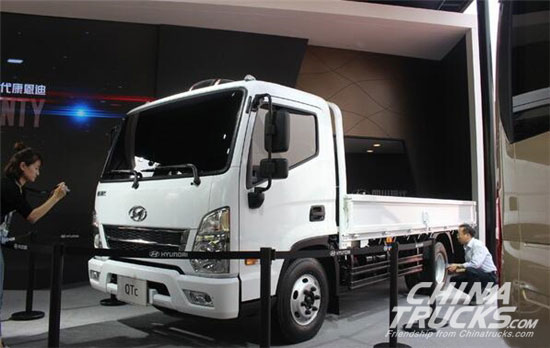 CHMC QTc is the same as the Korean HYUNDAI QTc in appearance. Modular combined headlights and simple inlet grille bring out the best in each other, the rear-view mirror uses the way to design door mirror, and equipped with under mirror and close-proximity mirror. Air deflector and fog lamp are available as the option configurations that customers can choose according to their needs. 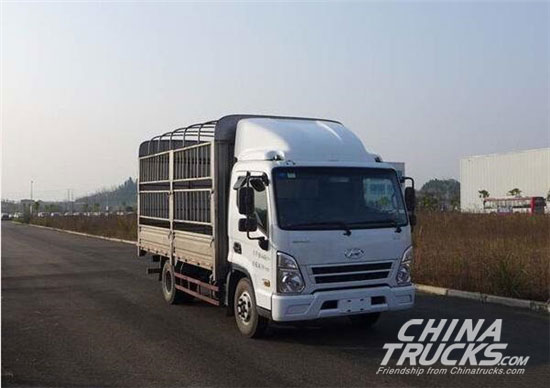 The curb weight of CHMC QTc stake truck is 2.4 tons, and the maximum autohrozed total mass is 4.495 tons. Except this one, CHMC also launched board truck and van, their net weight and total weight have a little difference. The new QTc is equipped with Cummins ISF2.8s 5129T engine compliant to national V emission standard, delivering a max output power of 129hp, the max torque of 300Nm(1500-2000rpm) and the top speed of 110km/h. 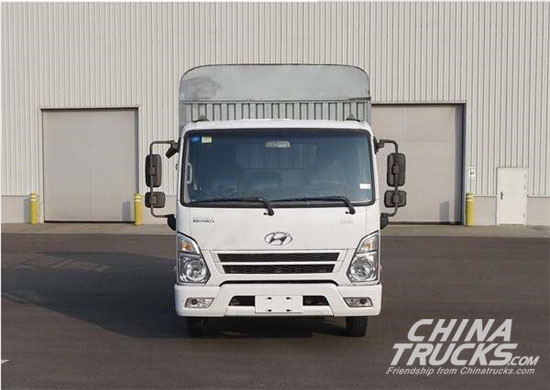 According to the sneak pictures, the interior of CHMC QTc are designed in dark color, the steering wheel includes a number of multimedia buttons on it for operating multimedia, while the high end version is expected to have a Central Console with large screen. 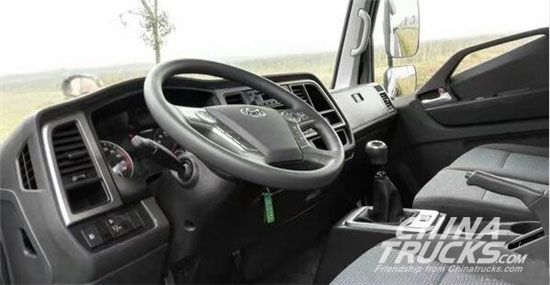 About CHMC QTc
CHMC QTc comes from Korean light truck MIGHTY, which is a new high end light truck launched at the beginning of 2016, ALL NEW MIGHTY. The first generation of MIGHTY was launched in 1998, and now the CHMC QTc is a new product that HYUNDAI developed in seventeen-year intervals.
share: