SHANDONG, CHINA(chinatrucks): The "National Fuel Cell Technology Innovation Center" (hereinafter referred to as “National Innovation Center”), approved by the Ministry of Science and Technology of China and led by Weichai Power, was officially put into operation in the city of Weifang, Shandong province on August 27 after more than a year of trial operation. 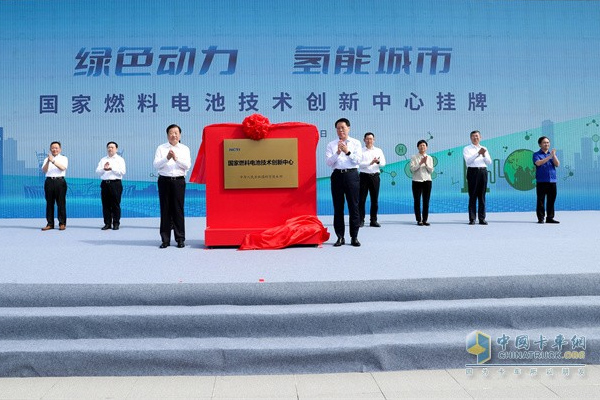 The above-mentioned National Innovation Center began its trial operation in April, 2021 after gained approval from the Ministry of Science and Technology in March of the same year.

In April 2021, the Centre took the lead in undertaking the first phase of the "Hydrogen in Ten Thousand Homes" technology demonstration project jointly implemented by the Ministry of Science and Technology and Shandong Province.